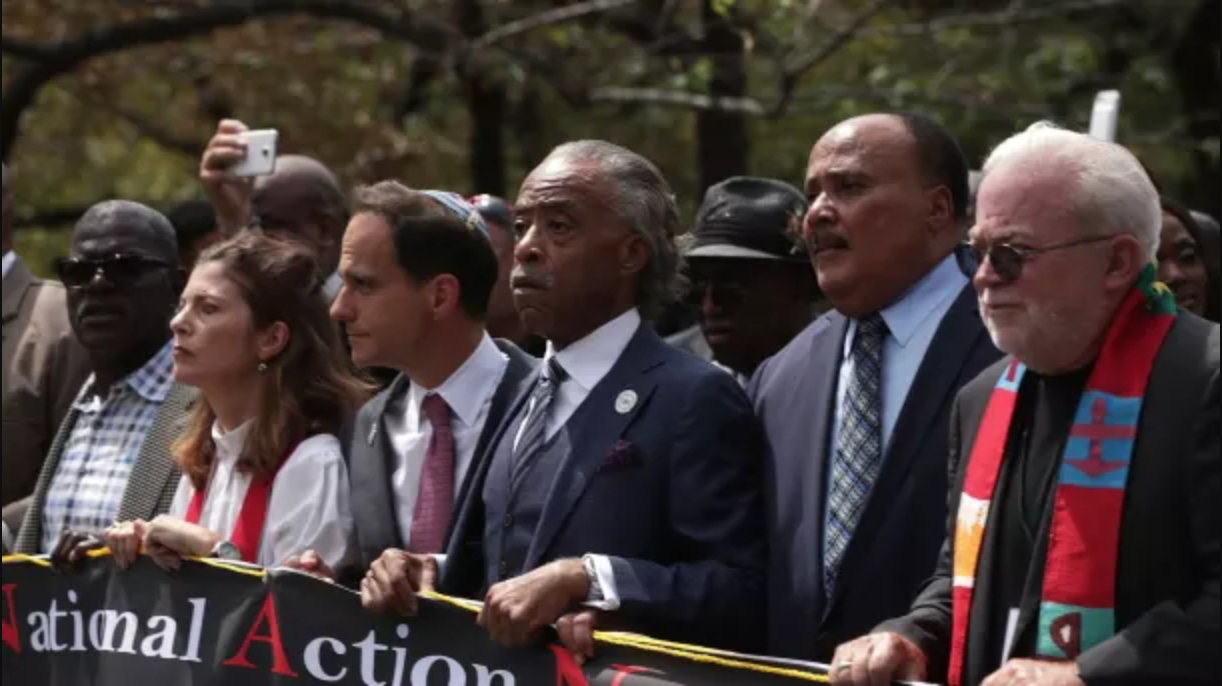 McALLEN, TEXAS – On Thursday, June 21, an interfaith delegation of 40 religious leaders representing the Jewish, Catholic, Protestant and Muslim traditions, including the Reverend Al Sharpton; Rabbi Jonah Dov Pesner, Director of the Religious Action Center of Reform Judaism; Monsignor Kevin Sullivan, Executive Director of Catholic Charities of the Archdiocese of New York; and Imam Johari Abdul-Malik will visit the U.S. Customs and Border Protection’s Centralized Processing Center and hold a press conference outside to demand that the Trump administration immediately end the zero tolerance policy and stop separating families at our nation’s borders.

*Time is approximate. Press conference will begin immediately after the facility tour.

Interested media must RSVP to Jenna Galper at [email protected]. Rabbi Jonah Dov Pesner and other leaders are available for interview. Press conference will be livestreamed at www.facebook.com/theRAC.

“The separation of children from their families at the border is horrendously cruel. As people of faith, we are traveling to McAllen, Texas, to bear witness to the suffering and pain of these immigrant families,” said Rabbi Jonah Dov Pesner, Director of the Religious Action Center of Reform Judaism. “Those at the highest levels of the Trump Administration are responsible for this moral travesty – and we must hold them accountable.”

“The Trump administration’s outrageous acts of cowardice at immigration detention centers around the country have weakened our moral standing and caused enormous pain for families being ripped apart,” said Rev. Al Sharpton, President and Founder of National Action Network. “Enough with the sanctimonious Bible-quoting – President Trump or Jeff Sessions wouldn’t do this to white children at the Canadian border. We must hold them accountable for these horrific abuses.”