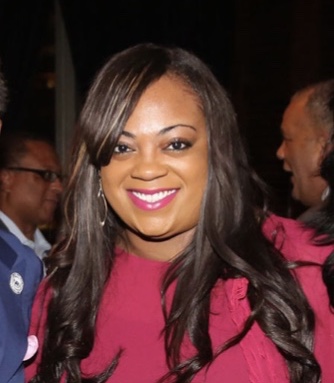 Before leaving for college in 2006, Ashley founded Sharpton Entertainment LLC (formerly Harl3m Ink), an entertainment company specializing in showcase production, promotions, & social media services. By 2011, Sharpton Entertainment’s Harlem summer showcase quickly became a popular Apollo-style local showcase where the who’s who of young Harlem talent (Teyana Taylor, ASAP Ferg, Young B, Ron Browz, etc…) came to participate to gain an audience and to sharpen their skills. It was in 2013, Ashley delved more into the worlds of social media and activism, in addition to running her own entertainment company. She became Director of Social Media Communications at Massenburg Media, singlehandedly recreating the social media presence for R & B Singer Joe, as well as for Massenburg Media. Shortly after, Rev. Sharpton brought Ashley on his team to expand his personal social media & his weekday radio show social network presence. She was also instrumental in enhancing the National Action Network (NAN)’s, Youth Move’s & Youth Huddle’s digital footprint. Those efforts afforded her the opportunity to serve as a live social media commentator from the White House during President Obama’s 2014, 2015, and 2016 State of The Union addresses.

Growing up, Ashley was a natural organizer & was elected as a youth leader for several years at Canaan Baptist Church of Christ, but she always preferred to support her father & NAN from behind-the-scenes. It was only when the non-indictment of George Zimmerman was announced in 2013 that a fire sparked inside of Ashley that has yet to burn out. She has actively helped to spearhead the charge to engage youth, young adults, creatives, and young professionals at NAN in the last decade fight for justice from Trayvon Martin to Eric Garner to Lesandro “Junior” Guzman to George Floyd to Brandon Hendricks. She has also helped locally in leading youth calls to action (occupy the corners, lie-ins, pop up shops) in all 5 boroughs in anti-violence efforts for peace in the streets. In January of 2017, she was arrested in front of Trump Tower for civil disobedience in response to Trump’s SCOTUS nomination and unjust policies, she has continued to remain & encourage others on the frontlines of the Trump resistance. Without family, church, extracurricular programs and NAN as pillars in her life, Ashley would not be the young woman she is today. She feels it is her duty to do the same for the ‘Y Generation’, thus founding an initiative called “The Huddle” in 2013. “The Huddle” supports and engages dreamers of today to develop, lead, and empower them into the leaders of tomorrow.

“The Huddle” is free to attend and includes dinner every week for youth, young adults, & the young at heart. The Huddle’s mission is to consistently use positive peer pressure to tackle negative societal influences; to support the social, intellectual, academic, physical and cultural development of youth and encourage them to be their best selves. In 2020, NAN’s Youth Huddle has included a focus on increasing voter engagement, census turn out, curbing gun violence, providing on-site activism 101 field training, maintaining a healthy mind in addition to a healthy body, and creating a high school to HBCU to Careers Pipeline for young abled minds in urban communities. Her goal is to create Huddle Youth Arts, Civic, and Tech Community Centers in every city in the nation. She’s a God-fearing young woman and her favorite slogan is one she created, “We weren’t born extraordinary to be ordinary, Be the Extra!”