Rev. Sharpton Recalls March on Washington and the Excellent Contributions of Chadwick Boseman to Black Culture 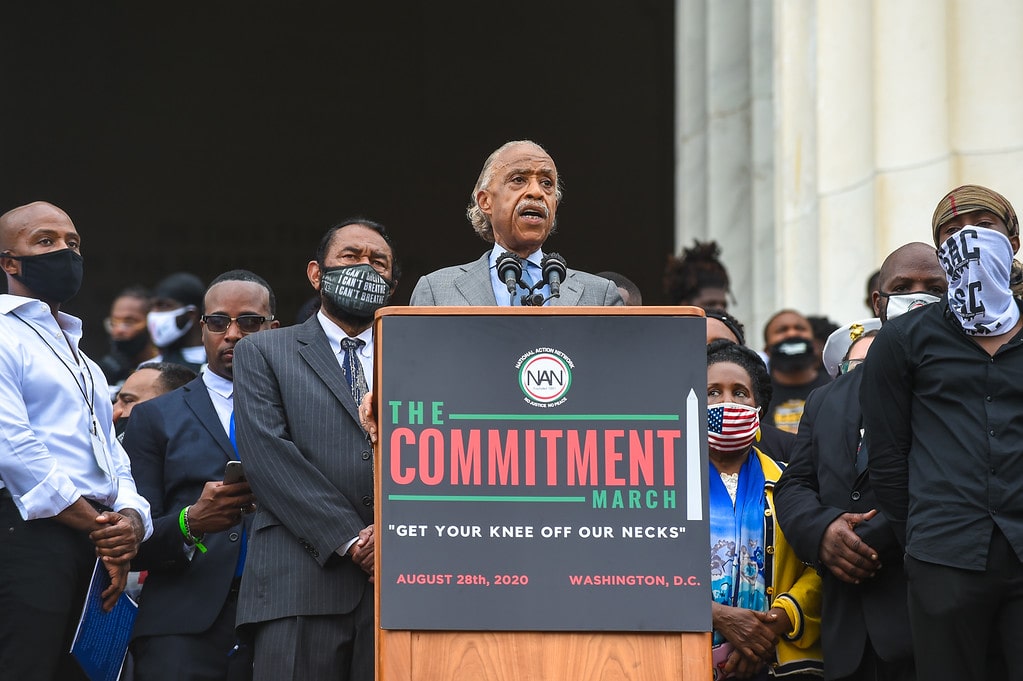 (New York, NY) — Reflecting on the recent March on Washinton that Reverend Sharpton and the National Action Network and organized, Rev. Sharpton noted the power of the united message of the march, given that so many people of all different backgrounds, ages, ethnicities, and religions came together to rally and send a message against violent policing.

On the subject of activism and political change, Reverend Sharpton remarked, “If you can see those many people come out in a pandemic, following the rules we laid, on a workday – look what may happen on election day, which is why they are doing all they can to mess with nothing. When they see those numbers (Numbers of protestors) they know they will see that multiplied many times on Election Day, which is why we must have a fair election.”

Rev. Al Sharpton also honored and recalled Chadwick Boseman’s contributions to Black culture. Speaking to his heroic spirit and skill, as an actor who took on roles of powerful black men, Sharpton says, “We all have to try and rise to that level of excellence, that he, the Black Panther, the Thurgood Marshall, the James Brown, the Jackie Robinson did.”