March on for Voting Rights 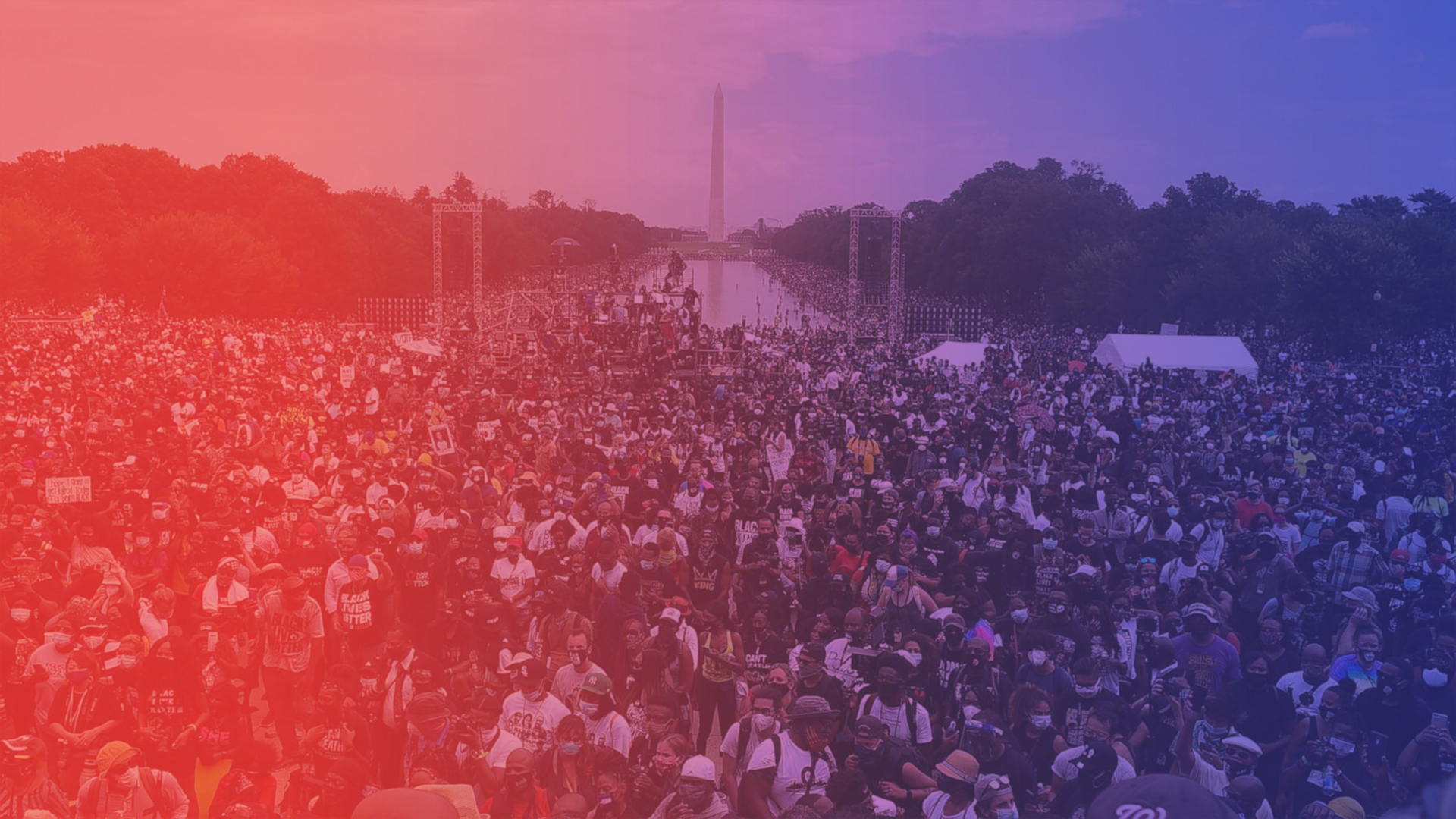 WASHINGTON, D.C. – Today, the civil rights leaders behind the March On for Voting Rights announced 146 partners joining the August 28th nationwide demonstrations to demand federal voting rights legislation. Stand Up America, The Leadership Conference on Civil and Human Rights, the League of Women Voters, Brady, and When We All Vote are among the dozens of organizational partners mobilizing millions of members, engaging their coalitions and supporting the March On for Voting Rights. News of the coalition comes as Republicans blocked the Senate from discussing voting rights legislation before leaving for August recess yesterday.

You can find a full list of partners here and below.

August 28 is the 58th anniversary of the original 1963 March on Washington, when a diverse coalition of activists marched to secure the passage of the historic Civil Rights Act and Voting Rights Act. Today, with over 400 voter suppression bills being proposed around the country, we’re facing the same urgency to rise up and demand Congressional action to protect our right to vote. The growing coalition joins civil rights leaders including Martin Luther King III, Arndrea Waters King and Reverend Al Sharpton to lead marches in Washington, D.C., Houston, Miami, Atlanta, Phoenix and more than 40 other cities around the country to demand Congress eliminate the filibuster to pass voting rights protections. The march is funded through the #ForJohn campaign, a grassroots effort co-founded by Martin Luther King III and Arndrea King to fight voter suppression and fund the participating organizations.

“When my father delivered his historic ‘I Have A Dream’ speech to a quarter of a million people in Washington, D.C., Congress could no longer ignore calls to action for voting rights,” said Martin Luther King III, Chairman of the Drum Major Institute. “Congress must act with the same urgency as they did in 1964, because without real, timely action to pass national voting rights legislation, the voting rights and very lives of Black and Brown people in this country are on the line. I’m proud that we have a powerful coalition fighting to save our democracy, but we cannot out-organize these attacks. Thousands of people will march on August 28 to show the urgency of this moment, but then it’s up to Congress to eliminate the filibuster and pass voting rights legislation.”

“As we recently witnessed the 56th anniversary of the Voting Rights Act, it is time for us to come together as partners and march again for the rights of the people,” said Reverend Al Sharpton, President and Founder of National Action Network (NAN). “We have to remain vigilant and continue bending the ‘arc of justice’ Dr. King so eloquently dreamed about many years ago. I applaud those that have joined and partnered with our movement, answering the call to defend democracy in America.”

“In the original 1963 March on Washington, only one woman addressed the crowd,” said Arndrea Waters King, President of the Drum Major Institute. “Our diverse coalition fighting for voting rights in 2021 showcases the breadth of Americans who are most directly impacted by voter suppression legislation — women of color, queer people, people with disabilities, and all the intersectionalities between these communities. We’ve come a long way since 1963, but we’re still locked in this existential battle to protect our most sacred right to vote and we must act now. This is the most urgent civil rights battle of our lifetimes, and we invite all Americans who believe in democracy to march with us on August 28.”

“Throughout the civil rights movement, progress was made through the power of diverse alliances that formed from the ground up,” said Andi Pringle, Political and Strategic Campaigns Director for March On. “The March On for Voting Rights has formed a powerful coalition that represents a cross-section of the vibrant, multicultural community that makes up the fabric of America today, and we are proud to join together on August 28—in more than 40 cities across the country—and demand that Congress pass federal voting rights protection for all.”

“Over the last several years, we have seen the death of the Voting Right Act of 1965, which was meant to protect Brown, Black and low-income communities at the ballot box, and states around the country are using this opportunity to return to the time of Jim Crow and engineer the election outcomes they want,” said Alejandro Chavez, Deputy State Director of Arizona March On for Voting Rights and grandson of legendary organizer César Chávez. “Organizing communities, building coalitions, and taking the message directly to the people is how Dr. King, my grandfather César Chávez and countless others around the country stopped voter discrimination in 1965, and it’s how we will stop these attacks in 2021 and beyond. Sí se puede.”

“As we take to the streets to demand voting rights legislation, we cannot forget the 700,000, mostly Black and Brown D.C. residents who do not have a vote in Congress on these essential bills,” said Stasha Rhodes, Campaign Manager of 51 for 51. “D.C. statehood is part of this historic call to action because all Americans deserve access to the ballot box, including D.C. residents. We’re marching to demand Congress take action, or else America will continue to backslide into poll taxes and literacy tests. Failure is not an option, and that means Congress must eliminate the filibuster to preserve our democracy and pass the For the People Act, the John Lewis Voting Rights Act, and the Washington, D.C. Admission Act.”

“The fight for voting rights isn’t new. Black, Latinx, and AAPI voters have been targeted by anti-voting legislation in 48 states in an effort by Republican lawmakers. And one of our top priorities this year is to ensure everyone has access to their right to vote,” said SEIU International President Mary Kay Henry. “The people trying to take away our freedom to vote don’t want to live in a world where we are expanding power across our communities, including ensuring a living wage of $15 per hour and a union, treating caregivers as essential workers, providing a pathway to citizenship, tackling climate change, reimagining public safety and the role of law enforcement in our communities, and addressing the epidemic of gun violence in our country. SEIU members are committed to building a multi-racial democracy where every person’s voice is heard and every family has the opportunity to thrive — and that includes at the ballot box.”

The full list of partners in the March On for Voting Rights is below:

Drag Out The Vote

For The Love Of Music

Guardians of the Glades

League of Women Voters of the United States

March For Our Lives

Peaches to the Polls

People For the American Way

Stand Up! for Democracy for DC (Free DC)

The Democrats of Coral Way

The Leadership Conference on Civil and Human Rights

The Truth and Conciliation Commission

When We All Vote