March On Announces Historic “March On for Voting Rights” 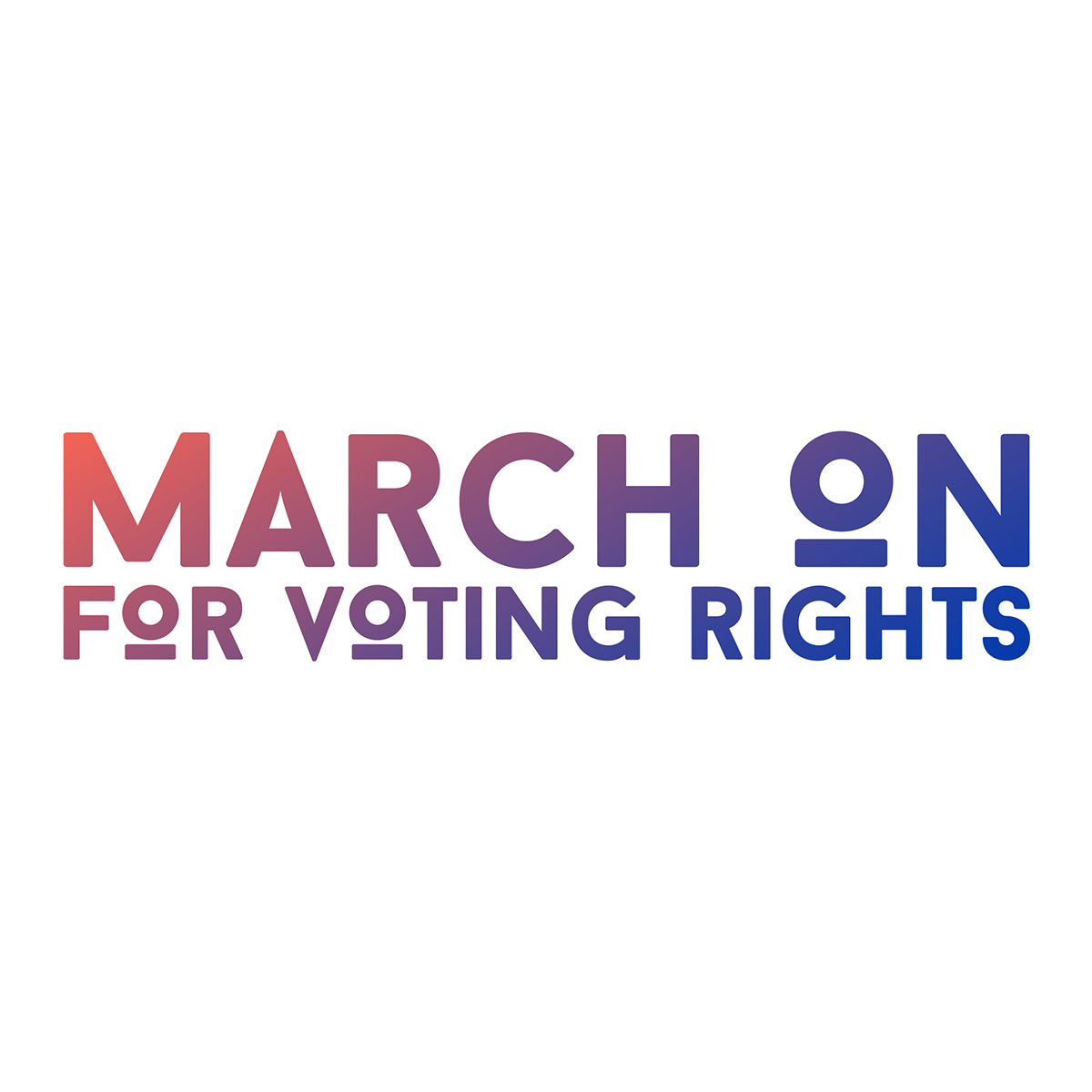 On August 28, Americans Will March on Atlanta, Washington, D.C., Miami, Phoenix and Houston to Demand an End to Voter Disenfranchisement Laws Sweeping the Nation

ATLANTA—On Saturday, August 28, Americans who believe in the power of democracy and free elections will embark on a historic “March On for Voting Rights” to demand that legislatures across the country end their push for restrictive voting laws and that Congress pass the For the People Act and the John Lewis Voting Rights Restoration Act, which will ensure free, fair access to the ballot for every American voter. Marches will be held in Atlanta, Houston, Miami and Phoenix, where voting rights are under attack, and in Washington, D.C., where Congress is debating voting rights legislation. The march is co-sponsored by March On, SEIU, National Action Network and the Drum Major Institute, an organization founded by Martin Luther King, Jr., and dedicated to the King legacy of addressing racism through peaceful solutions.

March On for Voting Rights is a mass mobilization that will take place on the 58th anniversary of Dr. King’s peaceful and historic March On Washington—this time, to demand that King’s “I Have a Dream” vision be deferred no longer. Since January, 48 states have introduced 389 bills that would restrict voting access, largely in response to record turnout in the 2020 election. The most brazen of these bills—some already passed into law—would suppress high-turnout voting methods by banning ballot drop boxes and mail-in voting, slashing early voting days and hours, restricting who can get a mail-in ballot, making illegal the distribution of food or water to those in long lines, and criminally charging officials who promote the use of mail-in ballots even when voters qualify. Some states are also putting election boards under partisan control, making it easy for legislatures to replace elected officials with members of their own party and granting them unprecedented powers that open the door to corruption in election administration.

The need to pass sweeping federal voting rights protections has increased dramatically since the passage of such restrictive legislation, but also since the events of January 6, when a violent mob, incited by leaders who lied and spread conspiracy theories, stormed the Capitol and attempted to overturn a free and fair election. The danger since then has only increased, as numerous elected officials have now codified such lies into law, citing nonexistent voter fraud and public doubts they themselves encouraged.

“Across America and especially in the South, the people we elected to defend democracy are instead working to destroy it from the inside by passing laws based on a lie about voter fraud, which will disproportionately keep Black and Brown Americans away from the ballot box or punish them with hours-long waits when they persevere,” said Andi Pringle, Strategic and Political Campaigns Director for March On. “On the 58th anniversary of Dr. King’s historic March on Washington, Americans will come together to say that we will not sit by as our nation sinks back into the Jim Crow era in which the principle of ‘one person, one vote’ is nothing more than a mirage.”

“It disheartens me to say that as a country and society, we are not even close to where my father hoped we would be since delivering his ‘I Have a Dream’ speech 58 years ago,” said Martin Luther King III, Chairman of the Board for the Drum Major Institute. “I think my father would be greatly disappointed in where we are at this particular moment, but he would not give up on the nation. He believed in the power of people, the power of young people, and the power of change to come, and I am proud to support March On for Voting Rights to help carry out that change and recommit ourselves to finishing my father’s unfinished work.” Mr. King, joined by his wife, Arndrea Waters King, and daughter, Yolanda Renee King, will help lead the Washington, D.C., march, standing in the same spot his father did 58 years ago calling for the deliverance of his dream.

“It’s time for all Americans to come together and join this non-violent, non-partisan movement in the spirit of Dr. King and the values he pushed this nation to uphold,” said Reverend Al Sharpton, founder of National Action Network. “I’m proud to be a part of the March On for Voting Rights because there is no democratic right more sacred than the right to vote, and it is under threat across America. We must fight to protect it.”

“We should be celebrating the progress that we have made since the 1963 March on Washington and Martin Luther King’s historic ‘I Have a Dream’ speech, but instead today we are having to fight back the next era of Jim Crow legislation,” said Mary Kay Henry, International President of Service Employees International Union. “Whether it is ensuring they have a living wage, health insurance or protection on the job, we must do everything in our power so that the needs of working families within the Black, Latinx, API, Indigenous and other communities of color are heard at the ballot box. They — and their voices — are not only the foundation and backbone of America, but essential to our future.”

“All Americans should be deeply disturbed by any voter suppression, but particularly these shameless, outright acts of disenfranchisement,” said Vanessa Wruble, Executive Director of March On and a co-founder of the 2017 Women’s March that brought 4 million people to the streets of America. “Voters choose elected officials, not the other way around, and it is time for every elected leader in this country to make clear where they stand: on the side of fairness and democracy or on the side of authoritarianism and lies. There is no third option.”

To get involved or learn more about the March On for Voting Rights, visit www.marchonforvotingrights.org.