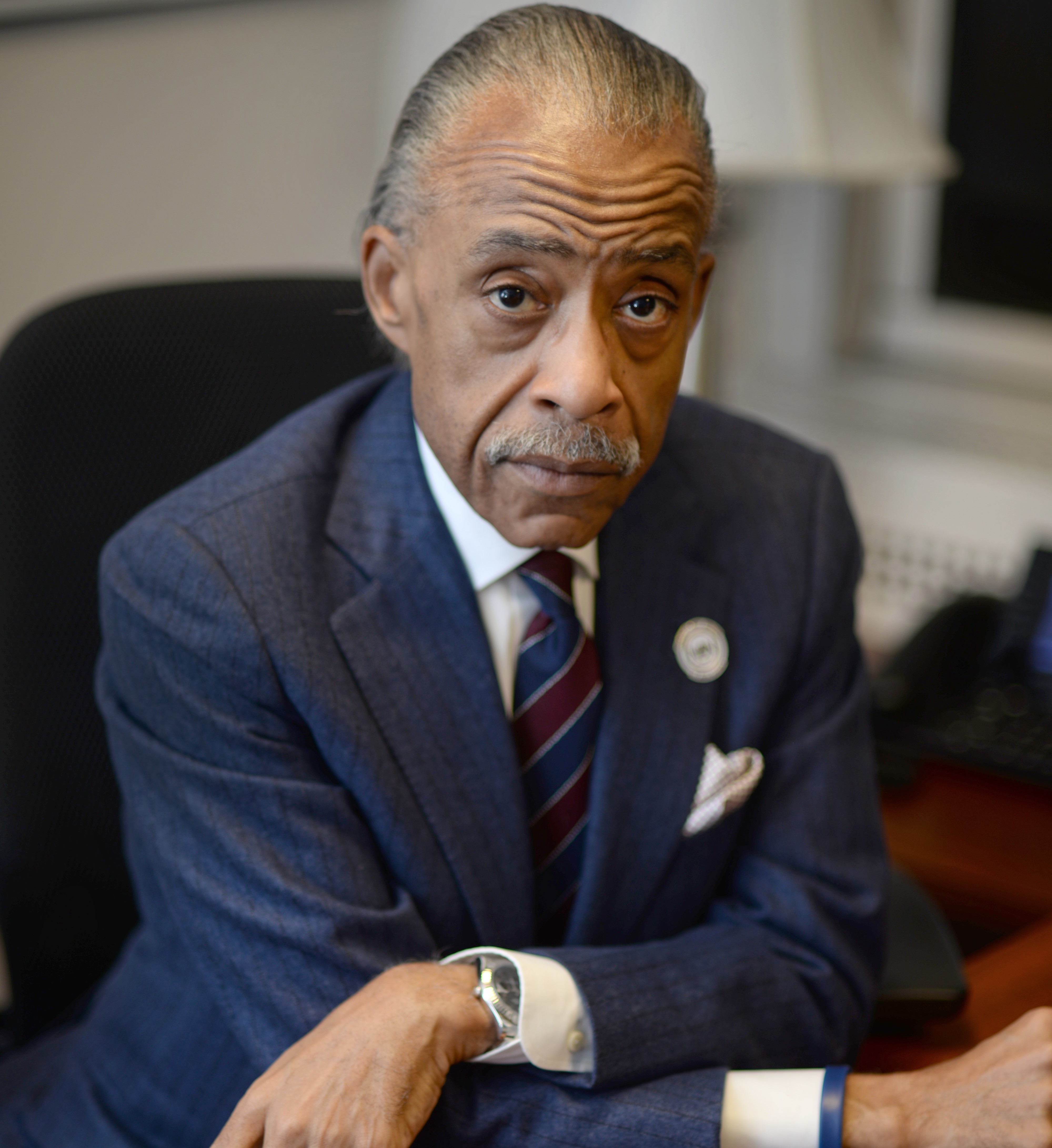 The Reverend Al Sharpton is an internationally renowned civil rights leader, founder and President of the National Action Network (NAN), which has more than 100 chapters across the country. Hailed by former President Barack Obama as a “champion for the downtrodden,” Reverend Sharpton is the host of “Politics Nation” on MSNBC; a nationally syndicated daily radio show “Keepin’ It Real”; and a nationally broadcast radio show on Sunday titled, “The Hour of Power.”

A disciple of the teachings of the Rev. Dr. Martin Luther King, Jr., Reverend Sharpton has been at the forefront of the modern civil rights movement for nearly a half of a century. He has championed police reform and accountability, calling for the elimination of unjust policies like “Stop-and-Frisk.” He has fought for voting
rights, equity in education and healthcare and LGBTQ rights. Across the years, Reverend Sharpton has advocated for those who have been victimized including Yusef Hawkins, Michael Stewart, Amadou Diallo, Abner Louima, Sean Bell, the Jena Six, Trayvon Martin, Michael Brown, Eric Garner and others.

A native of Brooklyn, New York, Reverend Sharpton preached his first sermon at the age of 4 at the historic Washington Temple Church of God in Christ. He was ordained at the age of 10 and by 13, he had been appointed Youth Director of New York’s Operation Breadbasket—the economic arm to Dr. King’s Southern Christian Leadership Conference (SCLC).

Under the tutelage of his mentors—the Reverends Jesse L. Jackson, Sr., and William Augustus Jones, Jr—Reverend Sharpton honed his organizing and protest skills around economic and political boycotts and quickly emerged as a national figure. By the time he turned 16, Reverend Sharpton had founded the National Youth Movement, Inc, which organized young people around the country to push for increased voter registration, cultural awareness and job training programs.

A fierce believer in the philosophy of nonviolent, direct-action protest, Reverend Sharpton founded National Action Network in 1991 and headquartered the organization in Harlem, all the while serving from 1993 to 1998 as director of the Minister’s Division for Reverend Jackson’s Rainbow Push Coalition.

An astute political strategist, Reverend Sharpton’s analysis and his endorsement is frequently sought by political candidates seeking public office. Reverend Sharpton’s foray into electoral politics resulted in historic and groundbreaking runs for the U.S. Senate in 1992 and 1994, and he nearly forced a runoff in the Democratic primary for mayor of New York City in 1997. His noteworthy presidential run in 2004 brought thousands of new voters into the electoral process and repositioned himself as a trusted progressive who centered critical issues like a living wage, gun reform and voting rights as a cornerstone of his campaign. In July 2004, at the request of the Democratic nominee, John F. Kerry, Reverend Sharpton delivered a rousing primetime speech at the Democratic National
Convention in Boston.

The author of three books, Reverend Sharpton is a frequent lecturer on civil rights and political issues and has lent his expertise to several corporate diversity councils at Pepsi, Walmart and Charter Communications. He has received numerous awards, including the Harold Washington Award from the Congressional Black Caucus. He was also honored with the “Mandela Legacy Hope, Success & Empowerment Award” in recognition of his long history of achievements in advancing civil rights causes around the world. In 2017, he received the prestigious James Joyce award from the Literary and Historical Society of the University College in Dublin, Ireland.

Reverend Sharpton is the proud father of two daughters: Dominique and Ashley, and the grandfather of Marcus Al Sharpton Bright.